* In case of any delay in receiving the OTP, you may verify it later. Please proceed without verification.

Enter your City name or Pincode

The Mogli Land in Mount Abu 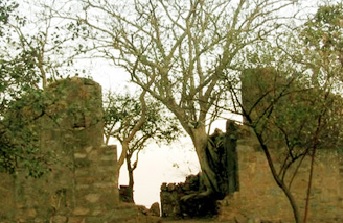 Mount Abu has provided many natural and man made wonders to the traveler to revel and rejoice about. However, tucked in the dense and natural forest, there rests a marvelous site that had been hidden from the eyes of mankind for a long time. It takes a long walk into the forest to chance upon this mesmerizing place, which are basically ruins of a bygone era. Luckily, this place has lasted the test of times and has not buried away completely from the civilization.

As of 2014, this site is presently being developed as a tourist spot and has been aptly named as the “Mogli Land”. Much alike the stories of the jungle boy named Mogli or Mowgli, this place looks like a archeological wonder of the bygone past, complete with ruins that Mogli and his friends used to roam in the fantasy story. Any visitor who is acquainted with the story will gleefully agree that Rudyard Kipling certainly might have been inspired to use this ruins as the backdrop of his famous story. Wandering through these ruins, one can imagine himself as an adventurous archeologist, waking through the corridors of lost time.

The place is full of ancient articles like clay pots, artifacts and other potteries. The bricks found in this ruins is the most fascinating part of the discovery. They are much larger than the present day brick and are also much heavier and sturdier. These are the reminiscent of the quality of materials from the historical era.

The district administration has taken due cognizance of this amazing treasure of civilization and is putting all the efforts available to develop this place as a tourism destination as well. The district collectorate has surveyed the area with the help of the forest officials and the tourism department for the restoration efforts. As it appears, this ruin might have been a transit point for the ancient travelers. This place used to provide temporary shelters to travelers during their way to other places. Once open to tourists, Mogli Land will give a glimpse of Rudyard Kipling’s fantasy store in reality to fans and enthusiasts.

Comments / Discussion Board - The Mogli Land in Mount Abu